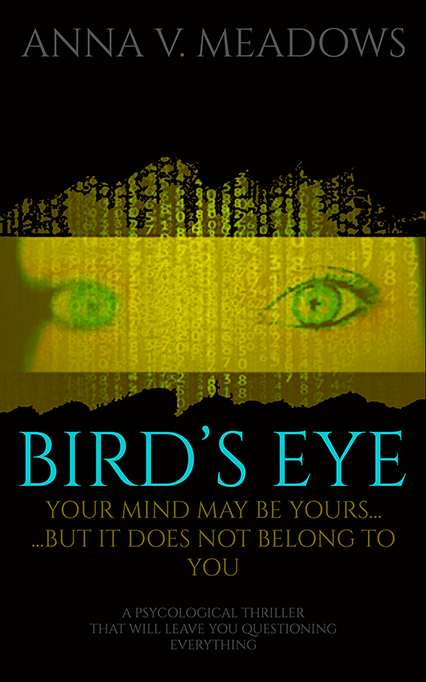 Having spent most of Sunday afternoon happily browsing for fresh vegetables, bread, and flowers at the street market with her husband, Clayre Collins is suddenly struck with an overwhelming sense of fear on her walk back to their downtown apartment. In the faces of nearly every passersby, none of whom appear to be very friendly, she believes she sees a vaguely familiar group of people, and though she can't quite pinpoint from where exactly she remembers any of them, Clayre is convinced they want to physically harm her, or perhaps... already have - and this is not the first time.

Kirk, Clayre's husband, decides his wife needs a break, moving the two of them from their city duplex and into an old house out in the county. The change is an attempt to remove Clayre from New York's hustle and bustle, which, according to Kirk, has contributed to her anxiety - pushing her into daily panic attacks that have worsened into psychosis.

A respected psychiatrist, Kirk keeps Clayre's disorders under control with a prescription he writes for her, 400mg of Seroquel, as well as grounding techniques - breathing exercises, sensory awareness, and expression therapy.

The medication and grounding techniques appear to be helping, as Clayre admits she hasn't had any anxious episodes in the last two months, seemingly showing significant improvement in her connection to reality; being no longer distorted.

Clayre and Kirk return to their life - what feels to them has been on pause due to Clayre's mental health.

However, Clayre soon begins having vague dreams that frighten her to her core, to which she wakes up in a pool of sweat and is physically shaken, nearly every night. She worries her nightmares may upset her prognosis, and her husband - who she hasn't seen this happy in a long time, and so decides to keep the apparent setback to herself.

Kirk seems not to notice Clayre's worry, as he has gone back to work and is often traveling into the city to keep appointments.

One afternoon, while in their big house alone, Clayre lays down for a nap, having been too afraid to sleep the night before when another nightmare scares her awake around 2am. True to her new --and unwelcome-- routine, Clayre again finds herself in a horrifyingly realistic scenario, only this time, the blurry foreground, as it has been, isn't there.

Same as every heart-pounding nightmare seems to begin, Clayre can hear her own muffled screams, quickly realizing a sort of tape is covering her mouth, preventing her cries for help from reaching out very far. Stricken with extreme dread, and paralyzed by leather straps around her wrists, she feels helpless…

Clayre can do very little to hold back the tears welling in her terrified eyes, though she is able to clearly see seven distinct faces, all of them hovering above her in the near-blinding light within the white room, and all of them strangers expect one… 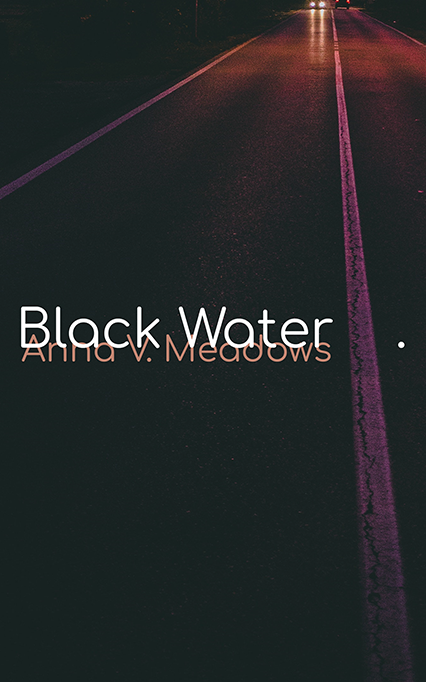 Based on true events, Black Water tells the story of fifteen-year-old Missy as she attempts to navigate the monotony that is her mother's world wherein Missy is expected to abide by an eight o'clock curfew she doesn't quite understand as a restless insomniac, believing the rule, along with others, to create a sense of...

Missy wants to know why such limits are in place; a question she feels will never be answered to her satisfaction, and begins pining for the freedom her mother closely guards.

However, Missy soon realizes; after having imagined a world someone close to her once created for herself when she was seventeen, that she, too, is capable of deciding her own fate - a decision that; while it alleviates her need to roam, leads her into an unfamiliar territory: one where no rules exist.

At first, Missy is only sneaking out of her bedroom window for innocent walks through the neighborhood streets as a remedy for her inability to sleep; or as she refers to the asphalt, black water.

Soon, though, Missy is met by several characters out wandering in the shallows of her midnight universe - each one quickly revealing their own adolescent ache as they journey through their --perhaps misguided-- attempts at obtaining something similar; finally creating a sense of belonging for Missy.

The difference, of course, being the distance Missy is willing to swim for what she wants, suddenly finding herself in the deep end "where you could fall in, disappear, where the water wrapped your neck so no one might hear you choking on its body filling up your lungs." 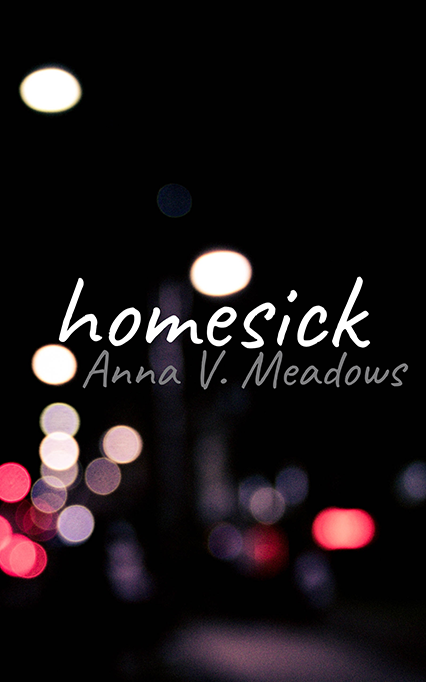 Anna V. Meadows draws on events from her real life to tell this coming-of-age story (with a twist you won't see coming!) about a small town's innocent teenager turned runaway drug addict in Homesick....

Mindy Olsen's quiet existence becomes a thing of her young past the summer she and her family move to a new house across the bridge from where she was born.

Up to this point, Mindy was a good kid; going to school on time every morning and spending quiet nights at home in front of the TV with her fraternal twin brother and their parents.

However, it doesn't take long for Mindy to find out what the local kids do for fun around here - get into trouble.

Introduced by names Mindy makes up based on her first impression of them; ‘Stickers', ‘Whatman', ‘Trooper'... the neighborhood kids quickly become Mindy's excuse to shed the itchy skin of her mother's rules --rules that, only a couple months earlier, she would have never thought to question-- exposing herself to the midnight world that is the curb beneath the Christree Road sign.

Here, at first, Whatman and the others feed their boredom by breaking their empty beer bottles into the street, waiting and watching for cars to run them over - a game the group often rely on for quick entertainment when not listening to Trooper trying to shatter Whatman's wild stories about having sex with people he obviously didn't. Whatman's lies are simply accepted by everyone else as part of his character, but Trooper just can't seem to let them go.

Soon, though, the curb, too cold for the group by fall, becomes an entirely new realm - one where new, more intriguing characters arrive in their place.

Mindy is not deterred by the weather, nor does she mind the petty crimes or drugs brought by the strangers - none of whom use their real name; a fact Mindy finds amusingly ironic. Instead, she sees something compelling about the runaways as she observes their emancipated behaviors; they do what they want, when they want, and answer to no one for it.

One of them before long, Mindy, now dubbed ‘Greeneyes', disappears from home for weeks at a time, leaving her worried parents no choice but to get the cops involved - a decision that, while meant to dissuade Mindy from continuing down a path her mother warns will not end well, only encourages ‘Greeneyes' to try harder avoiding being caught by the police called to search for her.

A problem quickly arises, though, when Whatman finds her first.

To make matters worse, Mindy is unable to remember what exactly happened, leaving it up to Whatman to tell the truth - but is he?